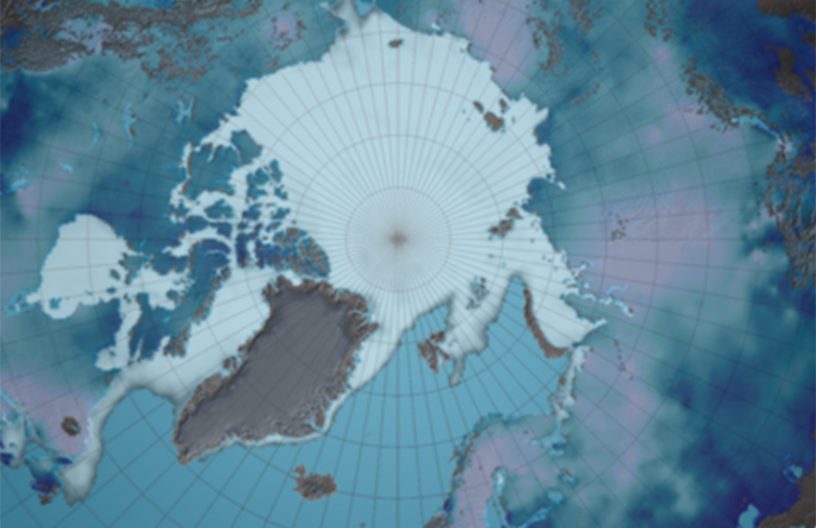 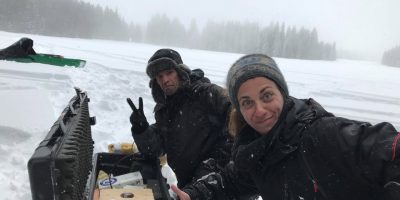 The new service can be found at: http://en.ilmatieteenlaitos.fi/arctic-now

The new product shows in addition to the extent of sea-ice and snow also the snow-water-equivalent, so the height of a water column that the melting of snow would produce on a square meter. The amount of water stored in snow is essential information for hydrological models used for example for predicting flooding. Traditionally services have concentrated on either sea-ice or snow information in the Arctic.

The combined information gives a better situational awareness of the cryosphere of northern hemispheres cold regions. “The sea-ice extent is not telling the full story of climate change in the cold north. The North-American and Eurasian snow cover is an equally important component of the earths climate system”, explains FMIs research professor Jouni Pulliainen, who is leading the FMI Space and Earth Observation Center.

The maps are distributed to the World Meteorological Institute WMO Global Cryosphere Watch service, where the information can be combined with trends and past year statistics. In long time series one can observe, that the total snow mass in the northern hemisphere is on average less  in the spring and melting is starting earlier. Climate change is also affecting the thickness of sea-ice and especially reducing the amount of multi-year ice. Before the year 2000 sea-ice extent varied between 6,2 and 7,9 million square kilometres. In the last 10 years the same extent has varied between 3,6 and 5,4 million km2. It is obvious that climate change impacts are visible in the Arctic already. Climate change is also progressing faster in the Arctic than anywhere else on Earth. Because of the warming tourism, fishing, natural resource extraction and maritime transport will increase in the Arctic area, which will grow the demand for observations and related services.

The sea-ice data has been produced with EUMETSAT funding by the Norwegian lead Ocean Sea-Ice OSI Satellite Application Facility SAF project. The Finnish Meteorological Institute produces the snow data and generates the new operational product. It has been a part of the FMI contribution to the EUMETSAT Hydro SAF H SAF project and is based on developments funded by the European Space Agency ESA in the Globsnow project.