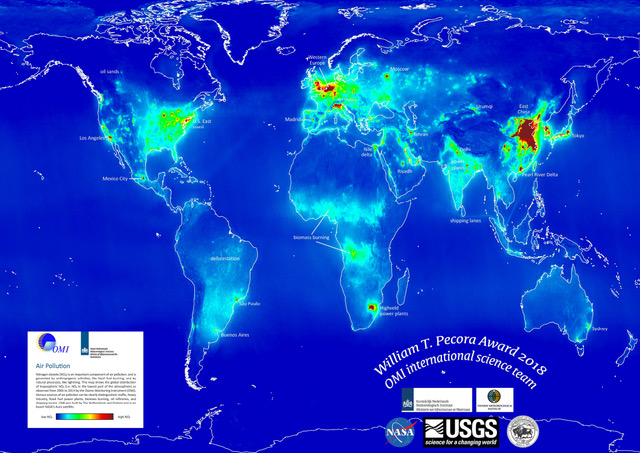 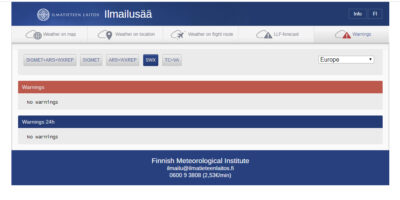 The Dutch-Finnish OMI observes atmospheric composition globally onboard Nasa’s Aura satellite. Aura was launched on a polar orbit 15 years ago, in 2004. OMI measures reflected and scattered Solar radiation, and the OMI Team converts the measured radiances into retrievals of atmospheric constituents, including air pollution by dust, smoke, nitrogen dioxide and sulphur dioxide. The team also quantifies ozone in the middle and lower atmosphere, and the UV radiation at the surface. FMI-SPACE hosts a very fast data-delivery service SAMPO where the OMI observations are provided directly after the satellite overpass over Northern Europe. The service is operated by the FMI Arctic Space Centre.

The American-sponsored Pecora award is annually given to recognize teams or individuals for their exceptional contributions to Earth Observations or societal applications using remote sensing.