Posted by Miia Salminen on 6th May 2019 0 Comments 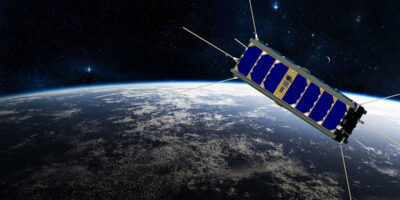 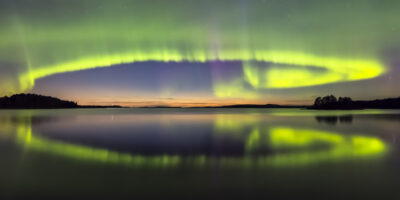 FinCOSPAR 2022 held as a virtual meeting

Energetic electron and proton precipitation is, for the first time, included in the latest solar forcing recommendation for climate simulations. The core group behind the radiation belt electron forcing held a meeting at FMI-SPACE to plan the next steps of the work.

The radiation belts are regions in near-Earth space where solar wind electrons are captured by the Earth’s magnetic field. Satellite measurements can be used to monitor the amount of electrons that enter the atmosphere causing ionisation and chemical changes. Driven by the solar activity, electron forcing displays a decadal cycle which leads to ozone variability in the polar regions. Understanding possible dynamical connections to regional climate is an on-going research activity which supports the assessment of greenhouse gas driven climate change by better definition of the solar-driven variability.

In the context of Coupled Model Intercomparison Project (CMIP) and the coming IPCC report, energetic electron and proton precipitation is included in the solar forcing recommendation for the first time. Coordinated through the SPARC SOLARIS-HEPPA activity, FMI-SPACE researchers have played a major role in defining the long-term atmospheric forcing by radiation belt electrons. In late April 2019, FMI-SPACE hosted a workshop to discuss future improvements for the radiation belt electron forcing together with researchers from the University of Otago (New Zealand), British Antarctic Survey (UK), National Center for Atmospheric Research (USA), Atmospheric Physics Institute (Czech Republic), and University of Helsinki.

”Climate simulations require forcing time series of hundreds of years while the satellite-based electron observations only go 15-20 years into the past. This is why we used observed and reconstructed geomagnetic activity indices as proxies to create continuous forcing from 1850 to 2300 for the CMIP simulations.” says Max van de Kamp, senior scientist at FMI-SPACE. ”Recently, we have revised our satellite data processing and also included a magnetic local time dependency to allow for diurnal variability of the forcing. We would still like to extend the electron energies from keV to further into MeV range and look for even better long-term proxies for the forcing.”

”It’s all very exciting because we have already shown that radiation belt electrons really matter, if we want to simulate solar influence on stratospheric and mesospheric ozone.”, adds Monika Andersson, senior scientist from FMI-SPACE. ”Currently, we are analysing the dynamical response, e.g. effects on middle atmospheric temperature and winds, and trying to understand the underlying mechanisms.”

FinCOSPAR 2022 held as a virtual meeting

New publication in the SHARP project studying the effects of weak rippling on the electromagnetic field pattern and ion distributions in collisionless shocks: https://doi.org/10.1017/S0022377822000356