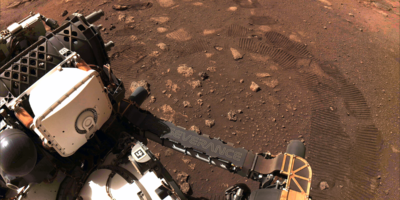 SHARP – breakthrough in understanding of collisionless shocks on the basis of comprehensive data analysis.

Sea ice growth is mainly controlled by the amount of snow on sea ice. This was found out in a study investigating the role of snow and storms in slowing down the Arctic sea ice growth in winter.

In recent decades Arctic sea ice has been thinning, and it has become more vulnerable to changes in the atmospheric conditions, such as temperature, winds and snowfall. Both the frequent warming events, namely storms, and the thick snow can result in slowing down sea ice growth. Researchers investigated which one is more important.

The results of the research emphasize the need for improved understanding and representation of snow as a critical component of the Arctic atmosphere-ice-ocean system.

Model and field study data was used in evaluation

For evaluating the effect of storms and snow on sea ice growth researchers examined them separately with the help of a sea ice and snow model. The model was run from 22 January until 15 March. Model runs were made with and without the storms, and for different amounts of snow on sea ice. In addition to the model, data from the Norwegian young sea ICE (N-ICE2015) campaign north of Svalbard was used in the study. In the campaign researchers observed frequent storms and thick snow on sea ice, almost twice as thick compared to historical records from that region. It was also observed that by the end of the winter season sea ice growth was negligible.

SHARP – breakthrough in understanding of collisionless shocks on the basis of comprehensive data analysis.